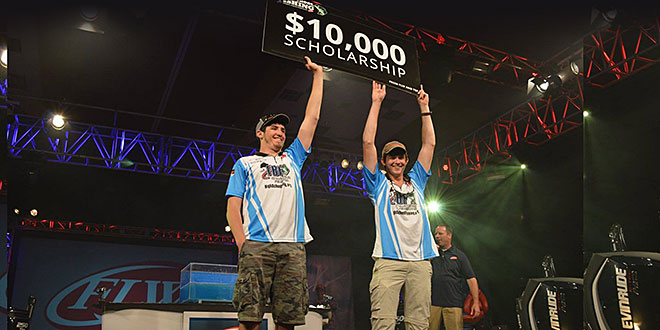 Chris Carnes recalls quite vividly the moment he knew his hobby became an obsession.

“I had been fishing since I was old enough to walk but I didn’t do much bass fishing until I moved down to South Carolina when I was about eight years old,” Carnes said. “I joined a few different youth clubs, won the very first tournament I competed in and was hooked from there on.”

Carnes, who will be a senior at York Comprehensive High School in South Carolina, is part of a growing number of high school students that are participating in competitive fishing events organized by The Student Angler Federation (SAF).

“When I got into high school I wanted to start a fishing team so my mom and I did our research and discovered SAF and how to get involved,” Carnes said. “We talked to the people running it and really liked what they were doing and where they were coming from.” 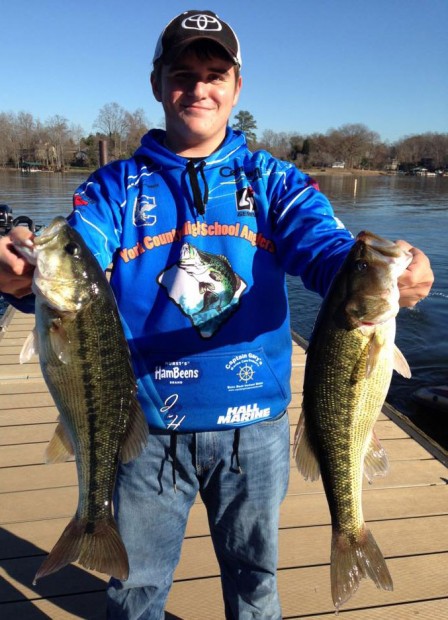 For a student to become a member, they must be a part of an SAF certified high school or community club, which can feature students from multiple high schools so long as they are located relatively close to each other. In order to become certified, the club must register online, list an adult adviser and pay a small annual membership fee. Within a club, students are split up into pairs to form individual teams that compete at tournaments.

The driver of a team’s boat, typically a parent of one of the two team members, serves primarily as a mentor, offering advice and guidance without actually doing any of the fishing themselves. Boats are launched before 7 a.m. and are required to return by mid afternoon. Each boat can catch up to five bass which are then brought back to shore and weighed. The winner is the team with the heaviest bag of fish. 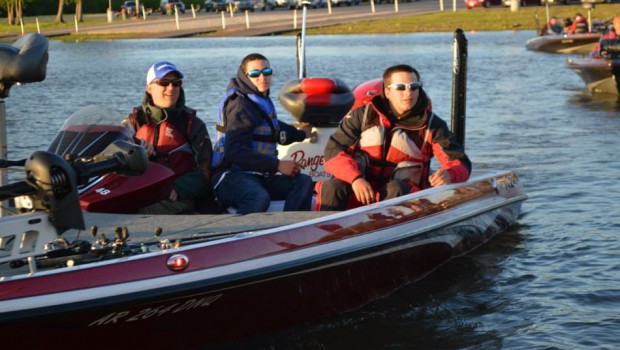 “It has absolutely grown in leaps and bounds,” Gintert said. “It took a couple years to put together all the pieces of the puzzle but we now have a couple thousand of active high school anglers in our database.”

According to Gintert, Texas, Kentucky, Tennessee and Arkansas maintain the largest number of high school participants.

SAF also hosts the High School World Finals, which is open to all its members, though placement at this particular tournament plays no role in advancing to the national championship.

While the South draws more interest in the sport, there is no shortage of quality high school anglers on the West Coast.

Shane Edgar, who will be a senior at Phoenix High School in the Fall, won the 2013 and 2014 Arizona State Championship as well as the 2014 High School National Fishing Championship with teammate Frankie Mueller.

Edgar said a good angler requires determination, patience and the ability to adapt quickly and alluded to the experience he and his teammate had at last year’s national championship as an example of where these skills come into play. 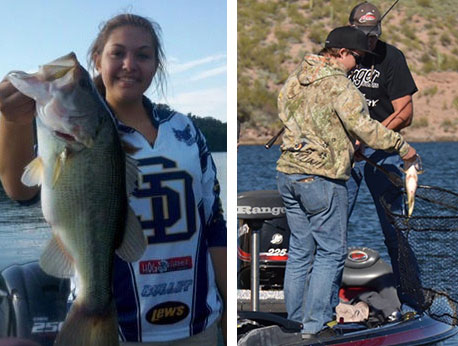 “The first day we got to Lake Keowee it never got above 28 degrees and it was windy and rainy. The next day it got a little above 32 degrees and was rainy but when it was finally tournament day it was a beautiful day in the 70s,” Edgar said. “One day we’re catching on these conditions and the next day we’re catching on completely different conditions. When the tournament came we had to change everything which can be really hard especially when you’re catching good sized fish.”

Carnes, who placed 13th with his teammate Justin Grigg at last year’s High School World Finals, emphasized the importance of not becoming frustrated when things aren’t going your way out on the water.

“That’s a huge virtue a lot of people struggle with,” Carnes said. “In fishing, you could win five tournaments in a row but you could also get your butt whooped ten times in a row.”

Both Edgar and Carnes said they plan to participate in SAF events in their final year of high school and hope to eventually make a profession out of it.

According to Edgar, a professional angler can be a lucrative career.

“Once you go pro, a tournament to win will get you $125,000 and if you qualify for the big ones at the end of the year, those prizes can reach $500,000,” Edgar said. “You can make a lot of money from sponsorships and endorsements as well.”

Carnes said a pro career “is definitely on the to-do list.”

“It’s an extremely hard thing to do. A lot of people just don’t have the time or resources and I’ve been blessed to have a lot of those,” Carnes said. “But I’m working on it.”

What is the place you’d love to visit? Alaska