El Modena Editorial: Should Boardsports be in the Olympics? 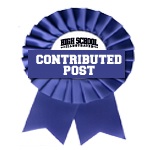 With the 2012 Olympics just recently ending, many fans cheer with pride and wish better-luck-next-time to their favorite teams and athletes. But what about all the different boardsports such as surfing, skateboarding, snowboarding and wakeboarding?

All have come from humble beginnings and made great names for themselves. Now that they have accomplished gaining the media, sponsors and fans one can’t help but think how have they not been invited to the great games yet…

History of Board Sports

In the past decades, the sport of surfing has done a complete 180. Back in the 1970s, surfing was looked down upon and participants were considered misfits of society. They spent their lives at the beach and mostly kept to themselves. It was also a rigorous community: If you weren’t a local, you were done for. And they didn’t just kick you out — they violently threw blunt objects, broke boards, dented cars and physically injured “intruders.”

Clearly, surfers have come a long way from being hated barbarians to loved superstars in such a short time. That’s similarly true for other boardsport athletes.

Pros and Cons of Including Boardsports in the Olympics

Personally, I would like to keep surfing and other board sports out of the Olympics. It sounds wonderful at first, but when you consider the repercussions one can see where it would bring more harm. Others may think differently and it is a subject that will be discussed for years to come.

To most of us, the net on a tennis court divides the physical space between …