Strains & Pains: Knowing the Difference Between Being Hurt or Injured

f you’re an active person, you’ll probably get a sprain or a strain at some point. They’re common injuries, especially for people who play hard or are into sports.

Let’s find out more about them.

What are Strains and Sprains?

Muscles contract and relax (almost like rubber bands) to help your body move. So a strain is exactly what it sounds like: a muscle that has been stretched too far. It’s common for people to strain the muscles in their backs, necks, or legs.

Bones meet at joints, such as elbows, knees, or shoulders. That’s where your body bends
and rotates. Strong, elastic bands of tissue called ligaments hold bones together in the joints. A sprain happens when those ligaments have been overstretched (mild sprain) or torn (severe sprain). Ankles, wrists, and knees sprain easily.

How is a Strain Different from a Sprain?

Even though both can hurt a lot, strains are not as serious as sprains. Because a strain is pain in the muscle, it may start to hurt immediately or several hours later. The area will be tender and swollen and might also appear bruised.

A sprain will probably start to hurt right away. Usually the injury will swell and look bruised, it may be hard to walk or move the injured part, and you might even think you have broken a bone.

To read the rest of this article, check out the inaugural issue of High School Illustrated – USA National Edition for iPad, completely free on the App Store.

@hsillustrated
Previous Smart Snacking: What Should I Eat For a Snack?
Next Follow Your Heart – Larry Tuileta Makes School Choice After Stellar High School Career 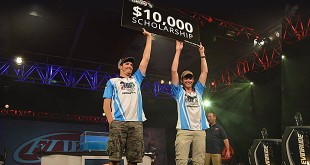