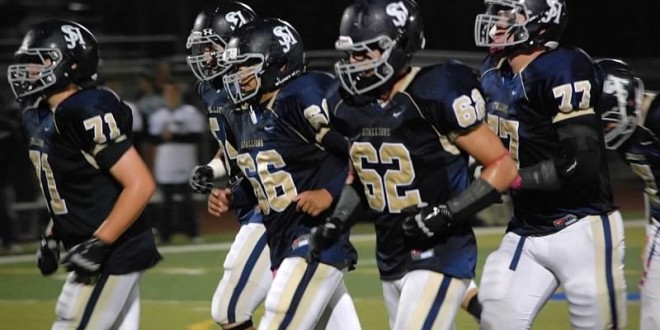 San Juan Hills Football Overcame Challenges On and Off the Field

On Aug. 31, the San Juan Hills High School stadium was brand new, but it looked like the same old story with the football team.

The week before, there was cause for optimism. After losing 11 straight games during the previous seasons, the San Juan Hills Stallions earned a victory during the season-opening game against Viewpoint. 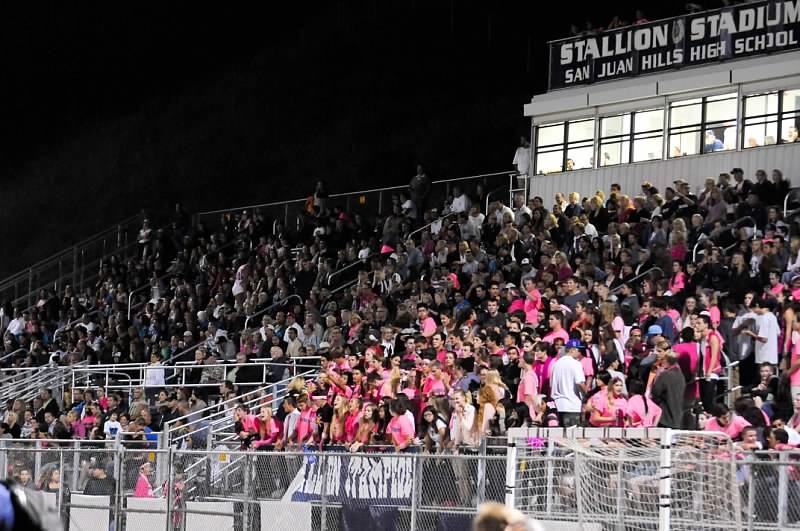 But, during the first game in a stadium of its own, San Juan Hills was struggling against Canyon High School. With just minutes left in the game, the Stallions were down 17-14 and the fever-pitch excitement that was in the stands during the beginning of the game seemed to be gone.

The Stallions weren’t ready to give up yet: In a last-minute drive, they put the ball in the end zone for a 24-17 win.

It was an unexpected, highly celebrated surprise for all of the fans. To the San Juan Hills’ team, however, it was proof that all the struggles the school had endured would be worth it.

“They’ve really just put it in their minds a long time ago that things were going to be different,” head coach Aaron Flowers said. 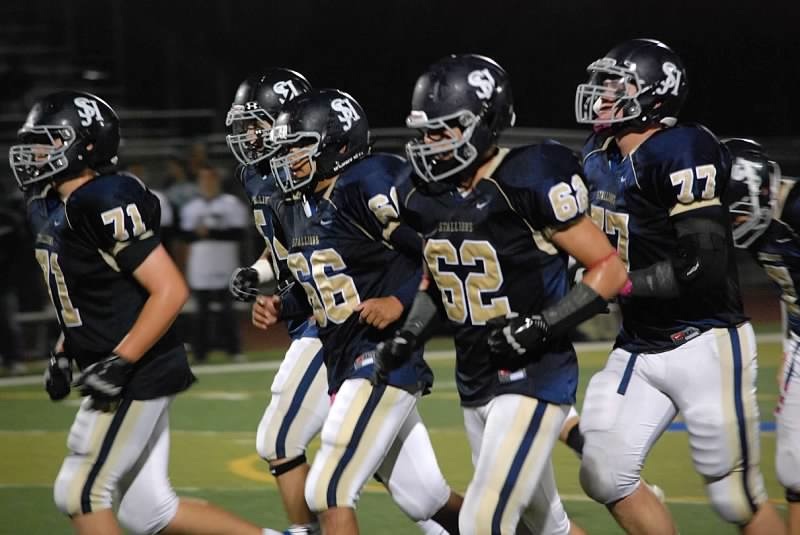 When the doors opened at San Juan Hills High School in 2007, there was a lot of buzz — just not the typical excitement that surrounds a new school. Instead, San Juan Hills was situated in the middle of a long-running controversy about whether a new high school should be built in the Capistrano Unified School District.

Flowers, who joined San Juan Hills as an assistant principal during that first year, witnessed the effects the disputes had on the school from the very beginning.

“It wasn’t as easy of a school opening as you usually see when it’s kind of a new school and everyone wants to go to the new school,” Flowers said. “There was a lot of political unrest and turmoil in the district and sometimes the school was right in the middle of it.”

Within the first year, the principal left, citing his desire to “go in a different direction.” The next year, in a implicit vote of non-confidence, freshmen class enrollment dropped by approximately 100 students.

“There was so much controversy surrounding the school,” Flowers said. “It was hard to just have a positive view from the community.”

Remarkably, in the midst of the contention, San Juan Hills High School was a calm zone.

“The kids are the most well-behaved I’ve ever seen. The faculty is great. There’s no tension,” Flowers said.

Even when the athletic programs suffered — as they inevitably will when there’s little community support — the members of the school stayed loyal. According to athletics director Armando Gonzalez, Flowers has played a big part in building San Juan Hills’ moral foundation.

“Aaron Flowers has done an excellent job under some pretty difficult circumstances of focusing on the development our athletes as young men who leave our school prepared to be leaders in their community,” Gonzalez said.

Although Flowers, who took over as head coach of the football program in 2011, prefers winning seasons like this one, he’s going to find a way to make the best of every situation.

“Life’s not always perfect, so when you have those ups and downs and you learn to deal with them as a high school student, it makes it even easier as an adult,” Flowers said.

Now, with a 7-2 record and a chance to compete in the Sea View League playoffs, San Juan Hills is finally getting the positive recognition the students and teachers have worked so hard to earn.

Emily is the publishing coordinator for High School Illustrated — and she loves receiving new content! She is a recent journalism graduate from the University of Kansas. Her favorite sport to participate in is track and field. Her favorite sport to watch is basketball. Rock chalk, Jayhawk!
Previous Newport Harbor Water Polo Cinches Undefeated League Season
Next History Repeats As Mission Viejo Triumphs Over El Toro