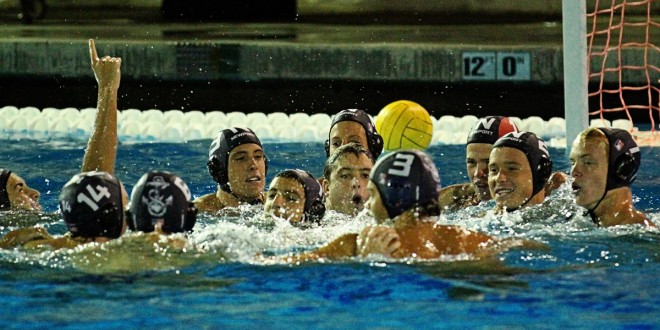 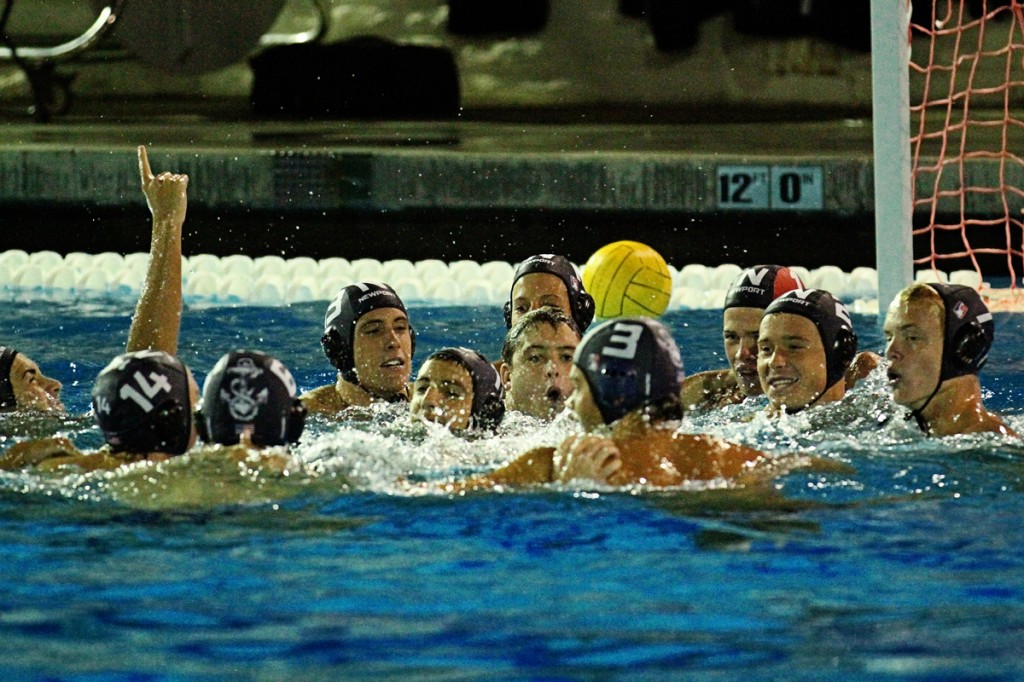 As the designated Senior Night, the victory was particularly sweet for the graduating members of the team. All seven seniors managed to score a goal within the first quarter — including goalie Wyatt Mueller, whose goal-tending responsibilities were briefly taken over by Andrew Silvers.

The seniors were also recognized at halftime. Impressively, none of the seniors ever experienced a loss with the Newport Harbor water polo team in the Sunset League.

Newport Harbor’s next game is against Mater Dei on Nov. 3. Pairings for CIF competition will be finalized earlier on that date and will not be influenced by the outcome of the game.

— Thanks to the Newport Harbor water polo team for the information and pictures used in this post. If you would like your school to be featured, check out our share of submit page.

Emily is the publishing coordinator for High School Illustrated — and she loves receiving new content! She is a recent journalism graduate from the University of Kansas. Her favorite sport to participate in is track and field. Her favorite sport to watch is basketball. Rock chalk, Jayhawk!
Previous Fashionomics LIVE! Offers Early Internship Opportunities
Next San Juan Hills Football Overcame Challenges On and Off the Field