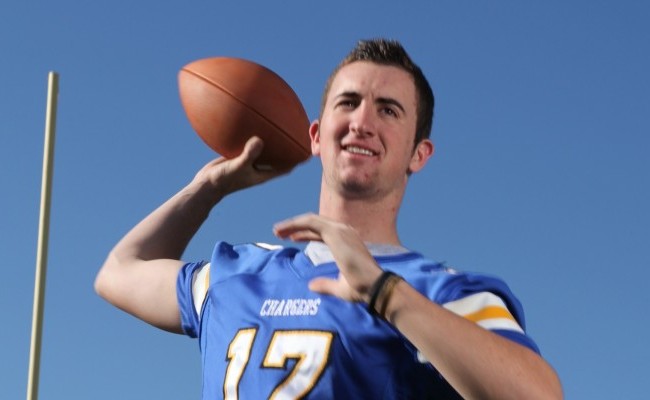 El Toro quarterback Conner Manning has started the season on an impressive note. During a Sept. 21 game against Valhalla, he completed 44 of 58 passes for a total 613 yards — a new county record. Seven of those passes resulted in touchdowns, which helped the El Toro team to its fifth win of the season.

Although there’s no relation to Archie, Peyton or Eli, Conner Manning has been compared with some NFL-greats in their younger years. In an interview with High School Illustrated last year, Manning’s coach, Robert Frith, said that Manning works hard, has great leadership qualities and possesses a competitive edge.

“He has always been very mature and a strong leader,” Frith said. “Having him on the field is like having an extra coach out there with the players.  He directs traffic, makes calls at the line of scrimmage and has the ability to keep his teammates calm and focused.”

That hard work earned Manning the attention of Division I schools including Arizona State, Colorado, Colorado State, Oregon State and Wisconsin. Manning was ultimately won over by Utah, which he verbally committed to in July.

Based on his performance, though, it’s clear that Manning isn’t taking his senior season easy. Look out for more of his dominance on the field during El Toro’s next game on Sept. 28 versus Garden Grove.

Emily is the publishing coordinator for High School Illustrated — and she loves receiving new content! She is a recent journalism graduate from the University of Kansas. Her favorite sport to participate in is track and field. Her favorite sport to watch is basketball. Rock chalk, Jayhawk!
Previous Freshman From Santa Margarita Sets Swim Marathon Record
Next Tesoro Freshman Breaks Dana Hills Invitational Record