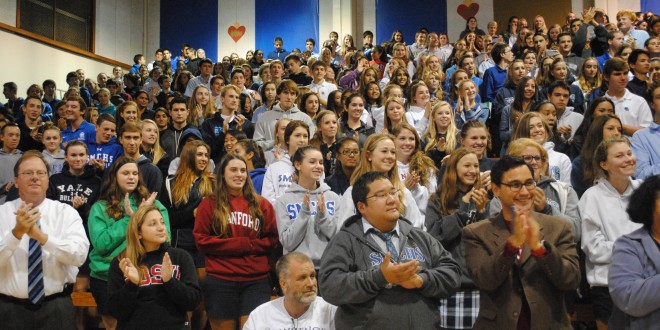 Injured Quarterback Honored as Athlete of the Month

Johnny Stanton’s senior year seemed to be off to a great start. After returning from a CIF and State Championship his junior year, Stanton was poised to dominate again. Then, during a September game, Stanton tore his ACL — and his high school playing career came to an end. The disappointment was shared not just by the Santa Margarita football team, but by the whole student body and community.

So, it was a well-deserved, much needed celebration when Stanton was honored with the 2012 National High School Coaches Association/GTM September Athlete of the Month. He was also selected as the inaugural inductee into the NHSCA’s High School Hall of Fame, which will be opening in Pennsylvania in 2013.

“It’s weird to be getting all this attention,” Stanton said.  “But it’s bringing attention to the team and that’s what gets me most excited.”

Stanton was honored during an Oct. 11 school assembly, which was kept a secret until the morning of the event. Representatives from High School Football America, the NHSCA, GTM and Santa Margarita High School gave speeches praising Stanton’s efforts on the field and his morale on the sidelines.

“Johnny’s not your typical teenager,” said Jeff Fisher, the co-founder and editor-in-chief of High School Football America. “I’ll never forget when I did my first radio interview with him — and those are tough. Most kids on say two or three words, but Johnny was so poised and mature. It was the most open and detailed interview I’ve ever had with a teenager.”

On the bleachers, Stanton’s classmates and supporters rose for a standing ovation. 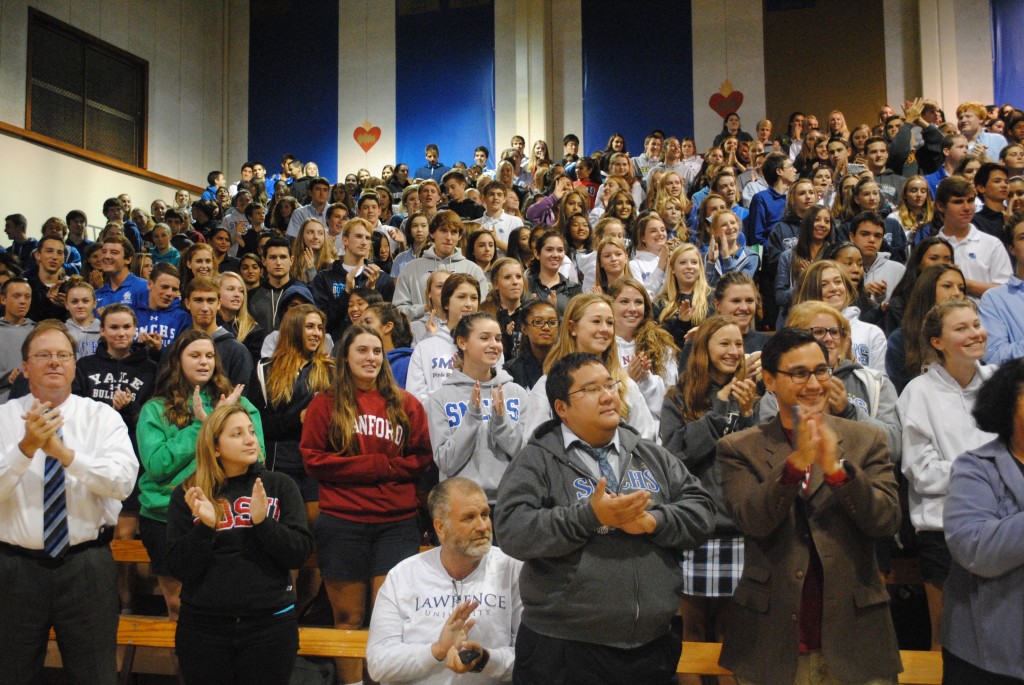 Since Stanton’s injury, the Santa Margarita football team has done well. The squad suffered its first loss of the season to Mater Dei on Oct. 12, but is still nationally ranked. They play next on Oct. 19 versus Orange Lutheran.

Emily is the publishing coordinator for High School Illustrated — and she loves receiving new content! She is a recent journalism graduate from the University of Kansas. Her favorite sport to participate in is track and field. Her favorite sport to watch is basketball. Rock chalk, Jayhawk!
Previous Enjoyable Involvement for Orange County High Schools: Club Rush
Next Think You Can Do Better? Share Orange County Instagram Shots!