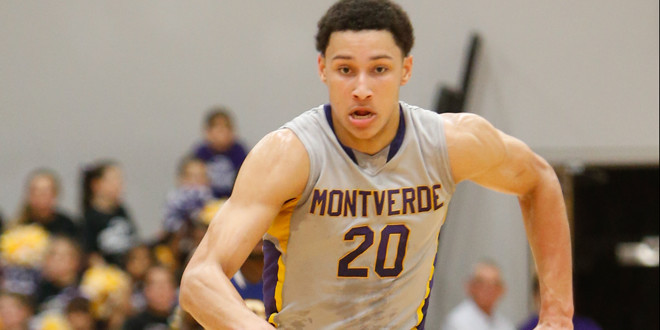 What makes a great basketball player? His versatility across the entire court? The strength he has developed to stand against bigger players? Perhaps it is his humility to acknowledge his own superior skills and play and yet to acknowledge and fully appreciate the support and power of the full team and the contributions of each of the other players. It is likely impossible to describe the exact mix of talents and character traits that make for a young champion. Ben Simmons is one of the best young basketball players in the nation who possesses and exhibits greatness.

Ben is a young basketball player from Australia, who plays for the Montverde Academy in Montverde, Florida. When Coach Kevin Boyle first encountered Ben, he saw that there was an iron will for success behind the quiet confidence of Ben Simmons. He knew that Ben Simmons had the talents and the ability to get the job done on the court.

“I remember when I first saw him walking in at a soccer tournament. He had an outstanding size,” Coach Boyle explained. “But you could immediately recognize that he had a belief in himself and confidence to get the job done,” added Boyle.

This 6’9″ 225 lbs. native Australian has led Montverde Academy to a 62-1 record in his three years there. And according to Coach Boyle, no one has done that in their high school in over 50 years. 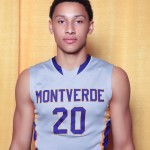 Ben is loaded with individual talent, but tends to focus on the role that others have played in his and the team’s success. “Working with Coach Boyle was great. He knows a lot about the game. He can teach you advanced plays but always takes you back to the basics of basketball. He’s able to teach you what he learned throughout his years of coaching. He’s a good person. Off the court he likes to joke around; when he’s on the court it’s all seriousness, no game. He’s really focused and a passionate coach.”

When one thinks of great athletic achievement, it is often on the offensive side of the game to which they point. Ben Simmons exhibits great skill as an offensive player, yet the key to Montverde’s success has been their ability to play great defense, according to Coach Boyle. “We had one of the best players in the country, Ben. But he and the team focused on defense and always played as a team,” commented Boyle. “They had great mental toughness and a great work ethic. I’m definitely going to miss this team a lot now that the season is over,” Boyle added. 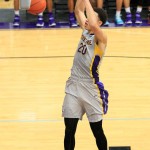 When Simmons first met Coach Boyle he thought he was really strict, but Boyle made him feel like part of the family. And now his teammates are his friends and family as well.

Reflecting on what he is going miss the most about Montverde Academy, Simmons said, “Just playing with a consistent group of great players every year, and the Montverde fans who have been great to me and my family since I’ve been there.”

Finishing out his senior year with an average of 27.5 points per game, Ben is now headed to LSU as the next step in his basketball career. Ben knew that LSU was the right place for him. “I just felt like LSU was another home to me when I stepped onto the campus,” he said. As much as he has accomplished in high school play, the young Ben Simmons is ready for the new collegiate challenges. “I’m ready to play for the LSU Tigers, knowing there is always room for lots of improvement on how to play the game,” Simmons reflected.

Coach Boyle explains how exciting it was to work with such a humble kid like Simmons. “I was happy to be able to help him improve,” he said, “and get better over the years he’s been with us.”

One of the main pieces of advice Coach Boyle has given to Ben, and to his teammates who are continuing their basketball careers beyond high school, is to not think they’ve accomplished anything until they’ve reached their dream. 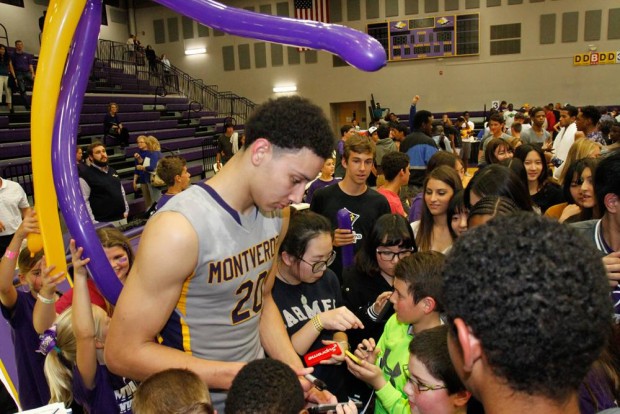 Simmons said, “I want to continue to work on everything. I don’t think there’s one thing I do great but overall I think I do everything well. I constantly work to be consistent on everything I do on the basketball court.”

Besides playing for LSU, Simmons looks forward to just being a college student, getting his education and enjoying that experience. His advice to upcoming seniors who are debating which college to go to is to make it your own decision and understand which school, coach, and program make you comfortable. “Don’t let somebody else tell you where to go. Make a list of things you like and dislike about each place and make your decision,” Simmons advises.

Ben explained that being far away from home in Australia is hard sometimes. “I miss everyone there, my family and friends. My best friend works back home and goes to school so I usually FaceTime him when I’m driving to school in the morning, and on the weekends. I keep in touch with everybody,” Ben explained. “I love Australia and miss my friends and family and it is super great when I get to see them. But I love to play basketball, too, and I have great opportunities here in the United States to play the game and improve all the time. I hope I can just keep improving and playing for the years ahead,” commented Ben as we wrapped our interview. 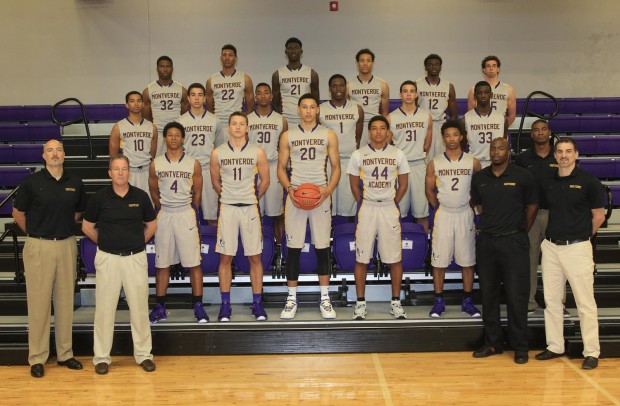 Ben Simmons loves the game of basketball, and it shows. His enthusiasm, teamwork, sportsmanship, and athletic prowess will certainly something for all basketball fans to admire as he progresses through college and professional ranks, and a huge source of inspiration to all young athletes striving for their dreams.

If you could play for any NBA team who would it be? Orlando, New York or LA

If you could live anywhere where would it be? The Virgin Islands because it seems like a very peaceful place to live with a simple lifestyle.

If you could meet any historical figure, who would you choose and why? Jackie Robinson as he was the first black baseball player to play the game and I think it would be interesting getting his view on how hard it was being an African/American athlete in those days.

If you were stranded on a desert island, what three items would you want to have with you? Fishing rod, phone, hut.

@hsillustrated
Previous Katie Ledecky: The Best Swimmer in the World
Next Why Exercise?