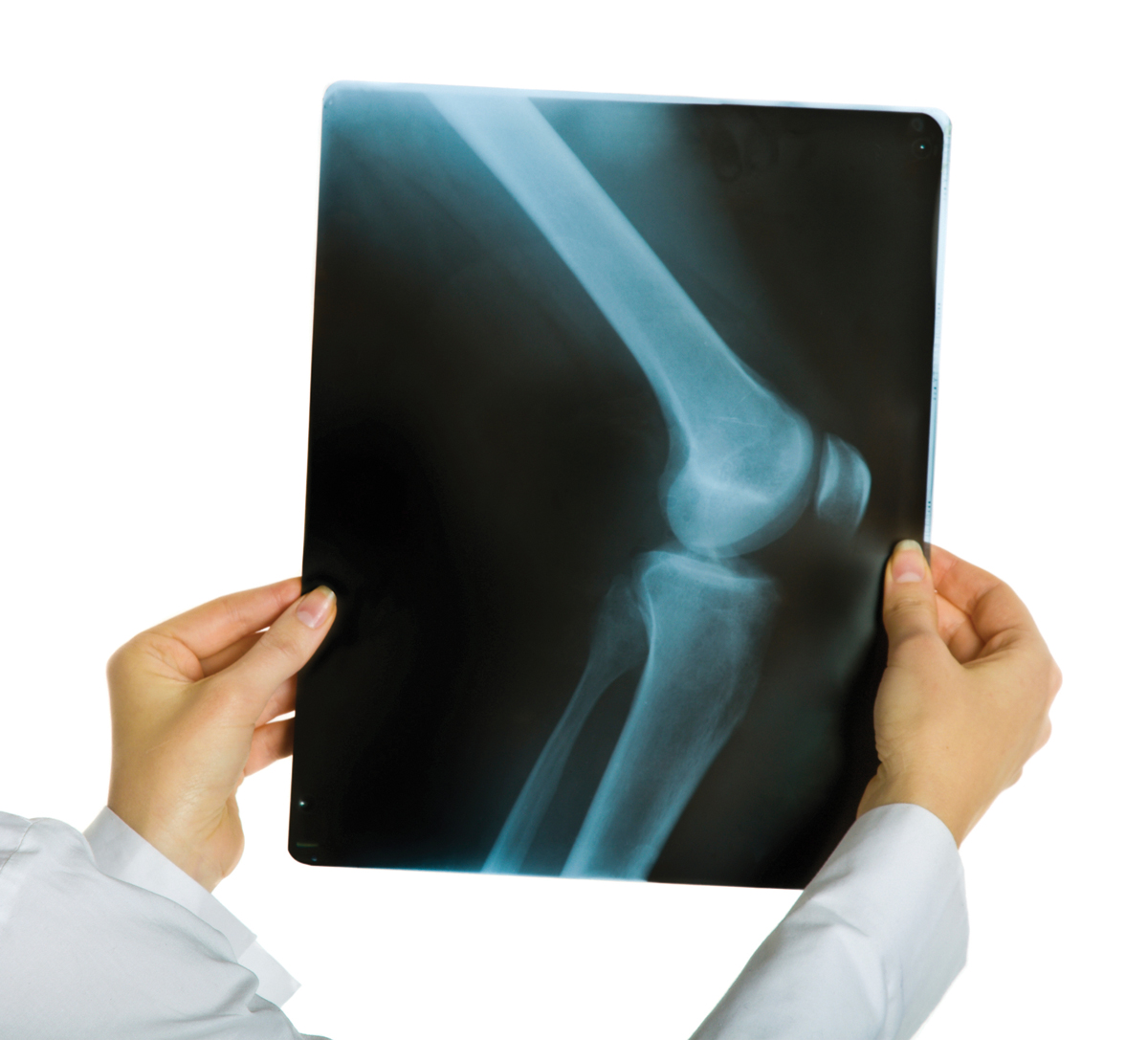 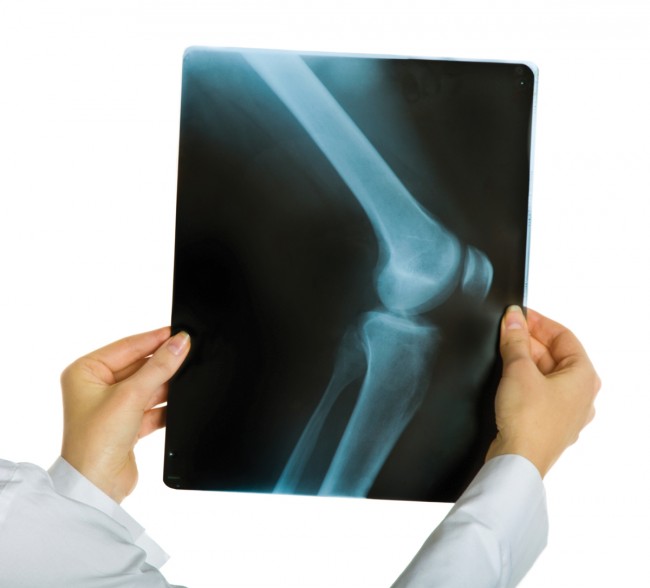 Knee injuries often occur among active teens and athletes, and a torn anterior cruciate ligament (ACL) — a ligament that helps give the knee its stability — is a common knee injury.

Teens who play contact sports such football and basketball or so-called “cutting” sports (such as soccer and baseball that feature swift, abrupt movements such as pivoting, stopping, or turning on a dime) are most likely to get ACL injuries.

The injury also happens when a person jumps and lands on the feet with knees straight or locked instead of flexed, putting excessive pressure on the knee joint and causing the ACL, a rope-like band, to tear or break apart.

Teen girls are four times more likely than boys to tear an ACL, either from hormones that loosen the ligament and make it more susceptible to breaks or a natural inclination to land with straight knees.

ACL injuries can be very painful, causing someone to be unsteady on the feet and have difficulty walking. Depending on the person’s age and the severity of the injury, a torn ACL often requires surgery in addition to six to 12 months of rehabilitation.

What is the Function of the ACL?

The ACL is one of the four main ligaments in the knee joint that connect it to the shinbone (tibia) and thighbone (femur.) It’s located deep within the joint, behind the kneecap (patella,) above the shinbone, and below the thighbone.

Together with the PCL (posterior cruciate ligament,) which crosses over it to form an “X,” the ACL helps prevent the overextension of the knee joint from front-to-back or side-to-side.

Specifically, the ACL keeps the shinbone in place and prevents it from moving too far forward and away from the knee and thighbone. It also provides stability when rotating the shinbone.

Someone with a partially or completely torn ACL may or may not have symptoms, depending on the severity of the injury.

Most will have some instability when walking, feeling wobbly or unable to bear weight on the affected leg. Oftentimes there is pain, which can be very intense, and swelling of the knee joint, which can happen within 24 hours of the tear.

Many people, especially those who are familiar with the injury or have torn that very same ligament before, report hearing a pop sound — the sound of the ligament tearing. Others also report the knee feeling less tight or compact than it was before.

Someone who has injured a knee — whether out on the field or at home — should stop all activity (to prevent further injury) and seek immediate medical care. In the meantime, keep the area iced and elevated as much as possible to reduce swelling. Do not bear any weight on the knee.

At the doctor’s office or emergency room, doctors will perform physical exams and imaging tests to determine if there is a knee injury and, if so, how severe it is.

In addition to tearing the ACL partially or completely, some people (depending on their age and the rigidity of the bones) may tear off a portion of the top of the tibia along with the ACL.

These tests can help diagnose an ACL injury:

To properly diagnose ACL injuries, doctors usually perform these tests in combination or in addition to other physical exams.

While X-rays might be taken to determine the extent of the injury, they only image bone and therefore can only confirm the presence of bone fractures in the knee. An MRI, which images tissue such as ligaments and muscles, can confirm a partial or complete ACL tear, so some doctors will order one to confirm a diagnosis.

A person who has reached skeletal maturity will probably undergo intra-articular reconstructive surgery. This procedure involves drilling a small tunnel down through the femur to reach the inside of the knee joint. This is the only way to get to the center of the knee, behind the kneecap. A second tunnel is made just below the knee, up through the tibia.

Surgeons replace the torn ACL with tissue from the patient’s own body, (usually a kneecap or hamstring tendon,) or with donor tissue (called an allograft) from the Achilles tendon in the foot. The new ACL tissue is fed through the tibia and femur tunnels and is secured in the proper area with screws or other fixtures.

Extra-articular surgery doesn’t replace a torn ACL so it doesn’t require tunneling of the tibia or femur. Instead it focuses on tightening the iliotibial tract, a thick band of tissue that spans the leg from the lower pelvis to the bottom of the shinbone. Tightening this tissue over the kneecap helps to stabilize the knee and prevent the tibia from moving too far forward.

After surgery, a person will need to walk with the assistance of crutches, limit physical activity and wear a full-leg brace for four to six weeks, depending on the severity of the injury.

Recovery from ACL surgery is a lengthy process that can take from six months to a year. Rehabilitation therapy is needed to help heal the knee and to:

Most people undergo rehab at a center three times a week, with daily exercises they practice at home. Accelerated rehab programs require more frequent therapy and speed up recovery to four to six months.

In the early stages of recovery, you’ll have to wear a leg brace, followed by a knee brace, to reduce the risk of reinjuring the knee. Keeping the knee iced and elevated can help to reduce swelling. Over-the-counter or prescription painkillers and anti-inflammatory medicine can help you deal with the pain and feel more comfortable.

While most sports are off limits — especially the activity that caused the injury in the first place — you might try some low-impact activities that may be fun and even therapeutic, such as swimming, bike riding or protected running. Talk to your doctor about what activities might help you.

Coping With an ACL Injury

Being told that you can’t do the things you love such as running, playing football, field hockey or softball can be frustrating. Recovering from an ACL injury may cause you to feel angry, frustrated or even depressed, especially if you’re no longer participating in team sports with your friends.

But in the meantime, there are ways to still feel like part of the team. Keeping score, being a coach’s assistant or bringing water to your teammates may help. If you don’t want to do these, start a hobby such as playing the guitar, painting, drawing or another sedentary activity that won’t put too much strain on the knee. Low-impact activities such as swimming are another option.

In time, you can again do the things you love. But if during recovery you continue to feel angry or depressed, consider talking to a school psychologist or counselor, who may be able to help you cope and look ahead to better days.

— This information was provided by TeensHealth, one of the largest resources online for medically reviewed health information written for parents, kids, and teens.